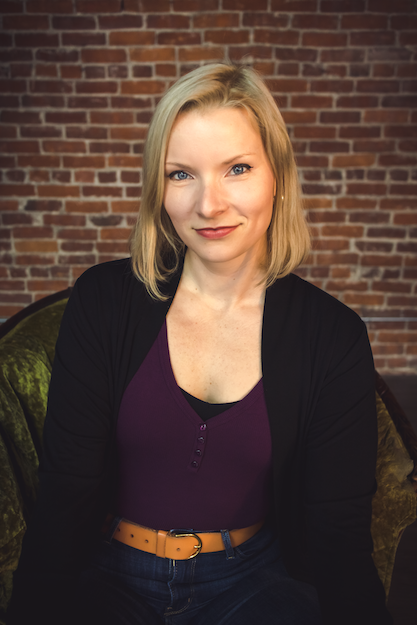 "I am overjoyed to be the recipient of the first Jane LeBlanc Creative Scholarship! As a New Brunswick actor and emerging writer/director, this generous scholarship makes a big difference for me, allowing me to work alongside an amazing Atlantic award-winning director, writer, and actor to bring my creative vision to life. I'm grateful to Cat LeBlanc and her mother for creating such a beautiful endeavour and to the jury for giving me this opportunity!"

Rebecca Elmire Tremblay is a trilingual actor, voice actor, and emerging writer/director passionate about telling great stories! Her on-screen acting credits include 'Diggstown' (CBC), 'Bad Therapy' (StrongSide Entertainment), and 'Digi-Dating, Anyone?' (Malley Films). She's acted in 9 commercials over the past two years and completed ten voice-overs gigs, including the voice of Atah in the animated television series 'Lil Glooscap & the Legends of Turtle Island' and the voice of Callie in the 'Fortune of Wolves' audiobook.

Rebecca's writer/director experience ranges from writing and directing original puppet shows and performing them for schools and venues around the province (she founded and operated a puppetry company for five years) to working as a creative consultant and co-writer for a kids' television series in partnership with Hemmings House Pictures (based on the mental wellness program for children she co-created called It's OK to be Awesome). This spring, she wrote a few original screenplays and filmed one of them with a small local team.