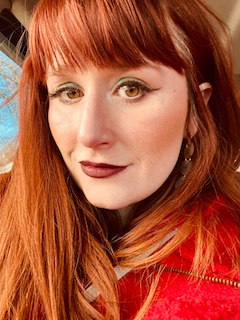 Kaitlyn Adair (she/her) is an actor, writer, director, and producer from Fredericton, New Brunswick. She started her career in film, working as an actor in film and television in Vancouver, B.C. She attended Vancouver Film School in 2011 and has been pursuing her passion for film since. Kaitlyn won the Jane LeBlanc Filmmaker Award for her first film March 2.4, allowing her to attend a post-production residency at The Banff Centre For Arts and Creativity. In addition, she received the Short Film Venture Grant and the CBC-NB Joy Award for her second film, Together We Move. Kaitlyn is dedicated to feminist-based media and creating inclusive spaces for marginalized communities to partake in visual arts. You can find her @rebelatart on Instagram and Youtube.