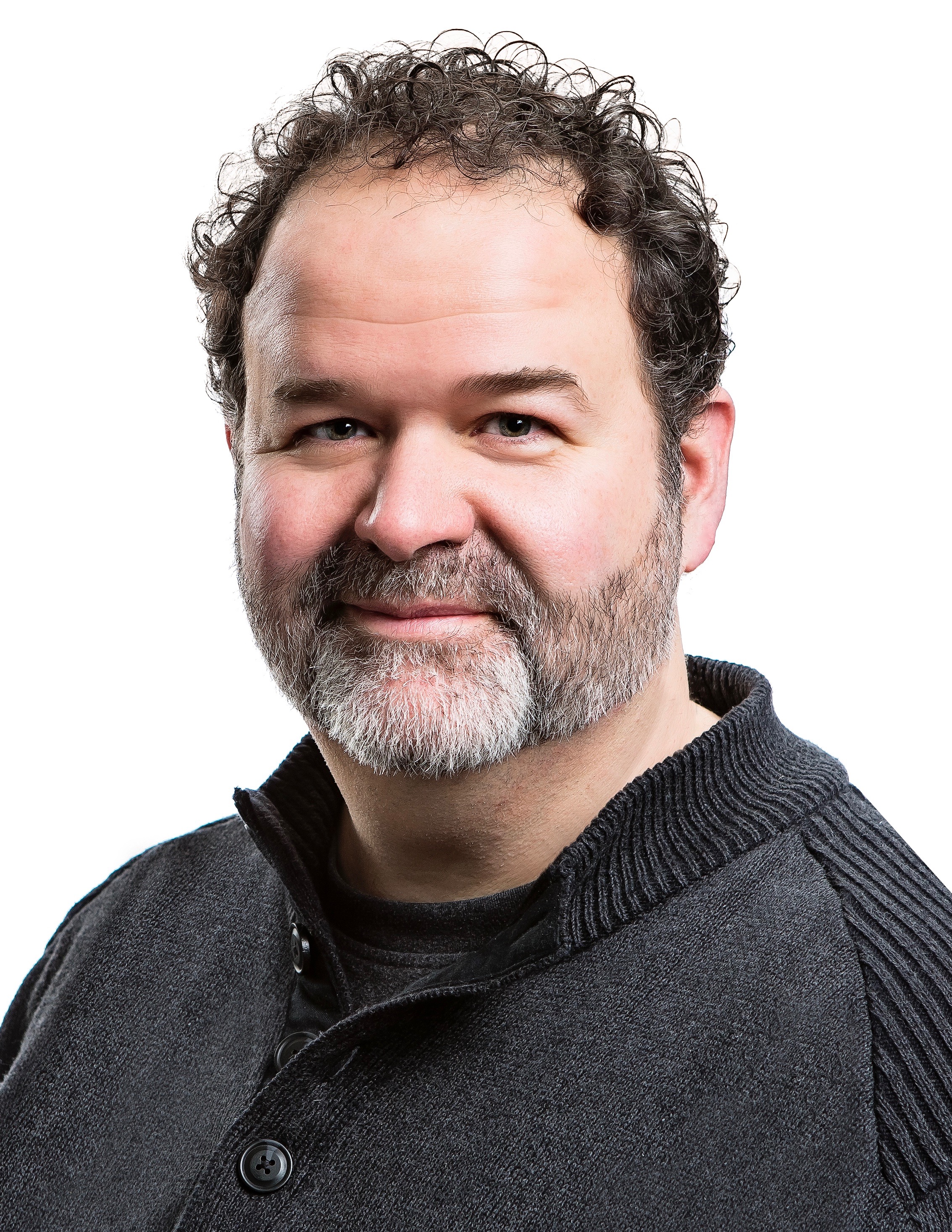 U.S.-born performer, writer and director Thom Fitzgerald, who officially adopted Canada as his home, has received both domestic and international critical acclaim for his creative versatility and ability to address emotional subject matter, often with a sublime, subtle sense of humour. Haunting, poignant and offbeat, Fitzgerald’s work illustrates a talent for creating — without judgment or sentimentality — portraits of unconventional characters.

Raised in New York, Fitzgerald went on to attend the Nova Scotia College of Art and Design (NSCAD) in Halifax for a semester, and while he was there, fell in love with Eastern Canada’s terrain. He graduated with a B.F.A. in performance and film, then decided to make a permanent move to the Coast. Fitzgerald remains a fixture in Halifax’s thriving artistic community and has performed in a variety of venues, notably the Charlatan Theatre Collective. His love for collaboration has served him well, especially as he embarked on his filmmaking career with the internationally screened short films Cherries and Canada Uncut (both released in 1995), which were largely inspired by his stage work.

His student film, The Movie of the Week (1990), about a man who believes what happens on television is real, won the Goldstar Award at the Atlantic Film Festival. CBC Radio’s Arts National program described Fitzgerald’s acting in the film as “ambitious... shocking, surprising.” But it was his first feature, The Hanging Garden, made in 1997 when Fitzgerald was 29 years old, which gave him a name in the Canadian filmmaking community.

Fitzgerald both wrote and directed The Hanging Garden, a surreal, eccentric and darkly comic drama. The film centres on Sweet William, a gay man who returns home to Nova Scotia after a decade-long absence to come to terms with his troubled years as an overweight teen and to be reunited with his fractured family. According to Stephen Holden of the New York Times, the film “reinvents the formula” for coming-of-age stories. It won numerous awards, including best Canadian film and most popular film at the Toronto International Film Festival; best Canadian screenplay at the Vancouver International Film Festival; four Genies, among them best direction of a first feature and best screenplay; the FIPRESCI International Critics Award in Portugal in 1998; and awards at the Atlantic Film Festival, Seattle International Festival and Mar del Plata Film Festival in Argentina.

Fitzgerald’s next project was the Genie-nominated Beefcake (1999), a whimsical look into the world of 1950s muscle magazines through the eyes of Bob Mizer, a photographer who founded the Athletic Model Guild in Los Angeles. Part period piece, part docudrama, Beefcake’s tone was described by the Globe and Mail’s Liam Lacey as “affectionately campy,” an approach suited to the film’s subject matter.

While visiting Rumania in 2001 to shoot Wolf Girl, a film for television, Fitzgerald found the inspiration for his next film — The Wild Dogs (2002). The film is about a Canadian pornographer (played by Fitzgerald) whose life intersects with a diplomat’s wife and a city dogcatcher during the annual cull of stray dogs in Bucharest. The film won four awards at the Atlantic Film Festival in 2002.

Fitzgerald’s next film, The Event (2003), dealt with assisted suicide and AIDs and featured a venerable cast including Brent Carver, Parker Posey, Olympia Dukakis, Jane Leeves, Don McKellar, Sarah Polley and Cynthia Preston. The drug cocktail which has kept AIDs patient Matt Shapiro (McKellar) alive is no longer working so he enlists Brian (Carver), a doctor, who has been linked to, or suspected of, euthanasia before. Matt’s death particularly interests Assistant District Attorney Nicole “Nick” DeVivo (Posey), so she begins speaking to the circle of friends and family members who were with Matt as his health deteriorated. The murder mystery structure allowed Fitzgerald to explore the key questions surrounding assisted suicide and AIDs, and the flashback structure gave the film team ample opportunity for grace notes, perhaps most notably in the scene where Matt’s mother Lila (Dukakis) gives her ailing son a sponge bath. The Event was not Fitzgerald’s best reviewed film, but it struck a chord particularly with festival audiences and juries, winning prizes at Berlin; the Indianapolos LGBT festival; Outfest in Los Angeles; and the Atlantic Film Festival -- where it won awards for directing, writing, acting (Joan Orenstein, who plays “Nick” DeVivo’s mother); editing and art direction. The Maritimes division of ACTRA also gave Rejean Cournoyer a prize for his performance while Dukakis was nominated for a Genie.

Fitzgerald followed The Event with his most ambitious wide-ranging film, 3 Needles (2005). If anything, the film boasted an even more impressive cast than its predecessor. Among those involved in the globe-trotting film (which included stories set in South Africa; rural China; and Montreal) were Dukakis; Sandra Oh; Chloe Sevigny; Stockard Channing; Lucy Liu; Shawn Ashmore; and Tanabadee Chokpikultong.  Often visually stunning, 3 Needles looked at the current state of AIDs around the globe, concentrating on a group of nuns (Dukakis; Oh and Sevigny) who try to combat the rising levels of infection in South Africa; a young farmer (Chokpikultong) in rural China wondering why everyone in his village is falling ill after participating in a blood donor clinic run by Jin Ping (Liu); and a young actor (Ashmore) in Montreal who supports his parents and makes end meet by working in porn. Throughout the film, Fitzgerald demonstrates a complex awareness of his characters and the cultural contexts they operate in. The film won two awards at the Atlantic Film Festival (for direction and cinematography) and Fitzgerald was nominated for a Directors Guild of Canada Award for his direction.

After 3 Needles, Fitzgerald’s time was increasingly taken up by television and producing. Among the films he either produced or executive produced were Ann Verrall’s Nonsense Revolution (2008); Michael Melski’s Growing Op(2008); the TV documentary about Dolly Parton’s literacy efforts, The Book Lady (2009), directed by Natasha Ryan; and Jason Buxton’s feature debut Blackbird (2012), which won prizes at festivals in Halifax, Seattle, Toronto, and Vancouver – as well as the Claude Jutra Award for Best First Feature at the Canadian Screen Awards. Fitzgerald also directed The Gospel According to the Blues (2010) and Ryan Doucette: Premiere Ronde (2012) for television.

In 2011, Fitzgerald returned to directing features with the popular Cloudburst, about two aging American lesbians – Stella (Olympia Dukakis) and Dot (Brenda Fricker) -- who hie to the east coast of Canada in order to get married, after Dot’s uptight niece Molly (Kristin Booth) tries to split them up by having Dot committed. Along the way, they meet a hitchhiker (played by Ryan Doucette), who helps them in their quest. Slyly amusing and very touching,Cloudburst won countless awards at festivals around the world (including Atlanta; the Atlantic festival in Halifax; Barcelona; Copenhagen; Edmonton; Indianapolis; Mila; Philadelphia; San Francisco; Seattle; Sudbury and Victoria), and would enjoy a lengthy run at Toronto’s Carlton Cinema upon its commercial release.

In 2013, Fitzgerald executive produced a short, Awaiting Atwood, and produced and directed the TV mini-series Sex & Violence and the TV series Forgive Me.

Thom Fitzgerald, described by programmer David McIntosh as “a brash new director of great sophistication and good humour,” continues to write and direct works that affirm his position as a bold voice in contemporary Canadian cinema.

For a more extensive look at Fitzgerald’s work, see Sally Chivers and Nicole Markotić’s essay “Hanging in Plain Sight: The Problem Body in Thom Fitzgerald’s Films” in Great Canadian Film Directors (2007), edited by George Melnyk, which looks at Fitzgerald’s films up to The Event focusing on his exploration of bodies and body types socially dismissed as abnormal with a special emphasis on The Hanging Garden. See also The Romance of Transgression in Canada: Queering Sexualties, Nations, Cinemas by Thomas Waugh (2006) for another discussion of Fitzgerald’s work.