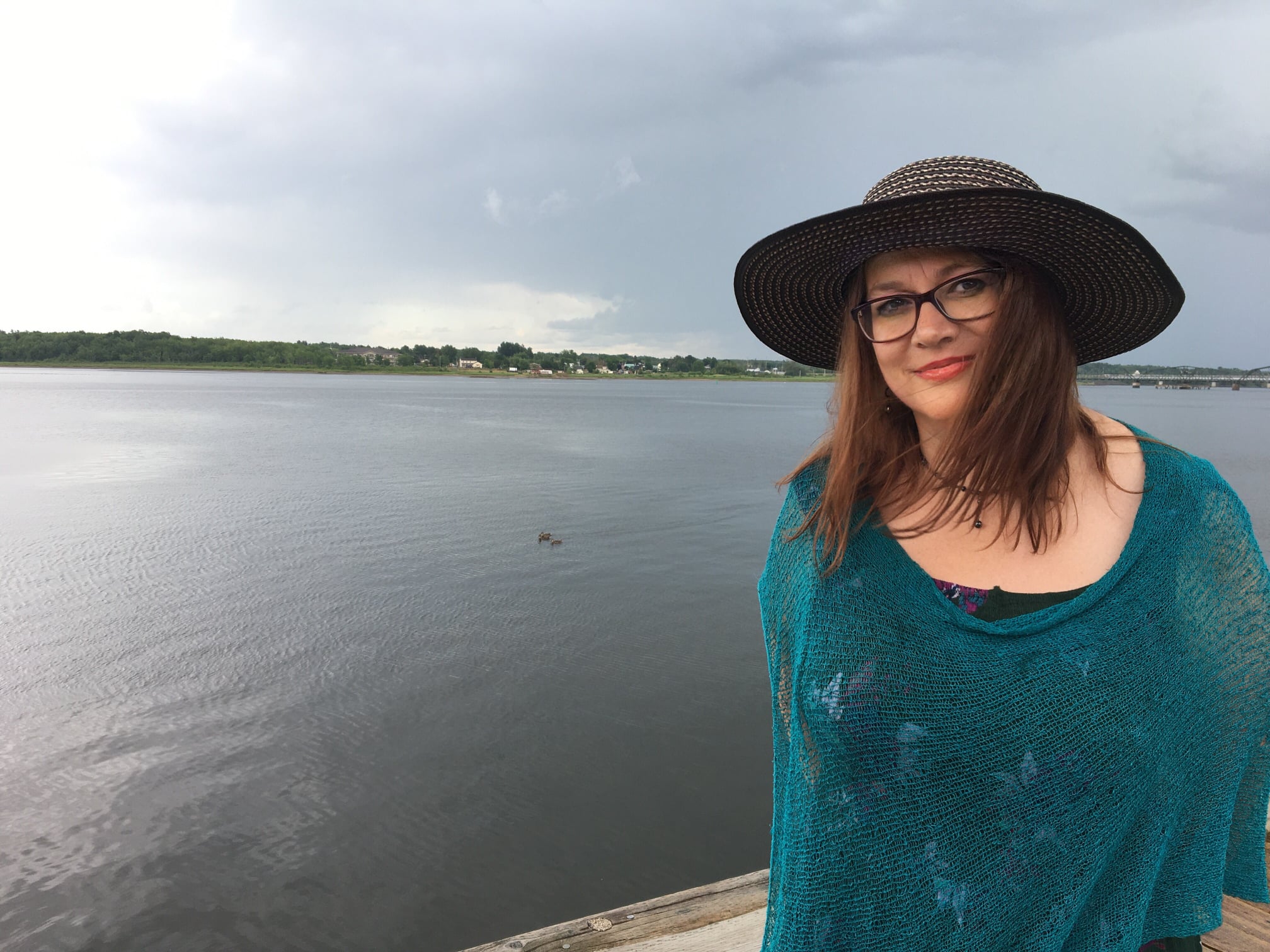 As well as having an English and Philosophy degree Maria Bourgeois is the first female graduate of the Sir Wilfred Grenfell College of Fine Arts Theatre Program. Since then, Maria has worked with Theatre Newfoundland Labrador, Irondale Ensemble Project of Halifax, Live Bait Theatre of New Brunswick, and partnered on various theatre projects with tourism associations, environmental organizations, and other community groups throughout Atlantic Canada and beyond. In theatre, she has been a director, artistic director, actor, writer, designer, teacher, and singer.

Maria is the founder and past artistic director of Newfoundtheatre and co-founder of the Halifax Mummer’s troupe. Following a stint as Artistic Director of Leifsbuddir in St Anthony Newfoundland (a project of the Viking millennium) in 2000, she assisted in the creation of the new Viking village near L’anse aux Meadows as the storyline developer. In New Brunswick, Maria has been writing and performing one-woman plays primarily inspired by real and fictional New Brunswick characters, often in partnership with the Provincial Archives and UNB Art Centre.

Maria also has management, communications, and events planning experience with both arts and environmental organizations.