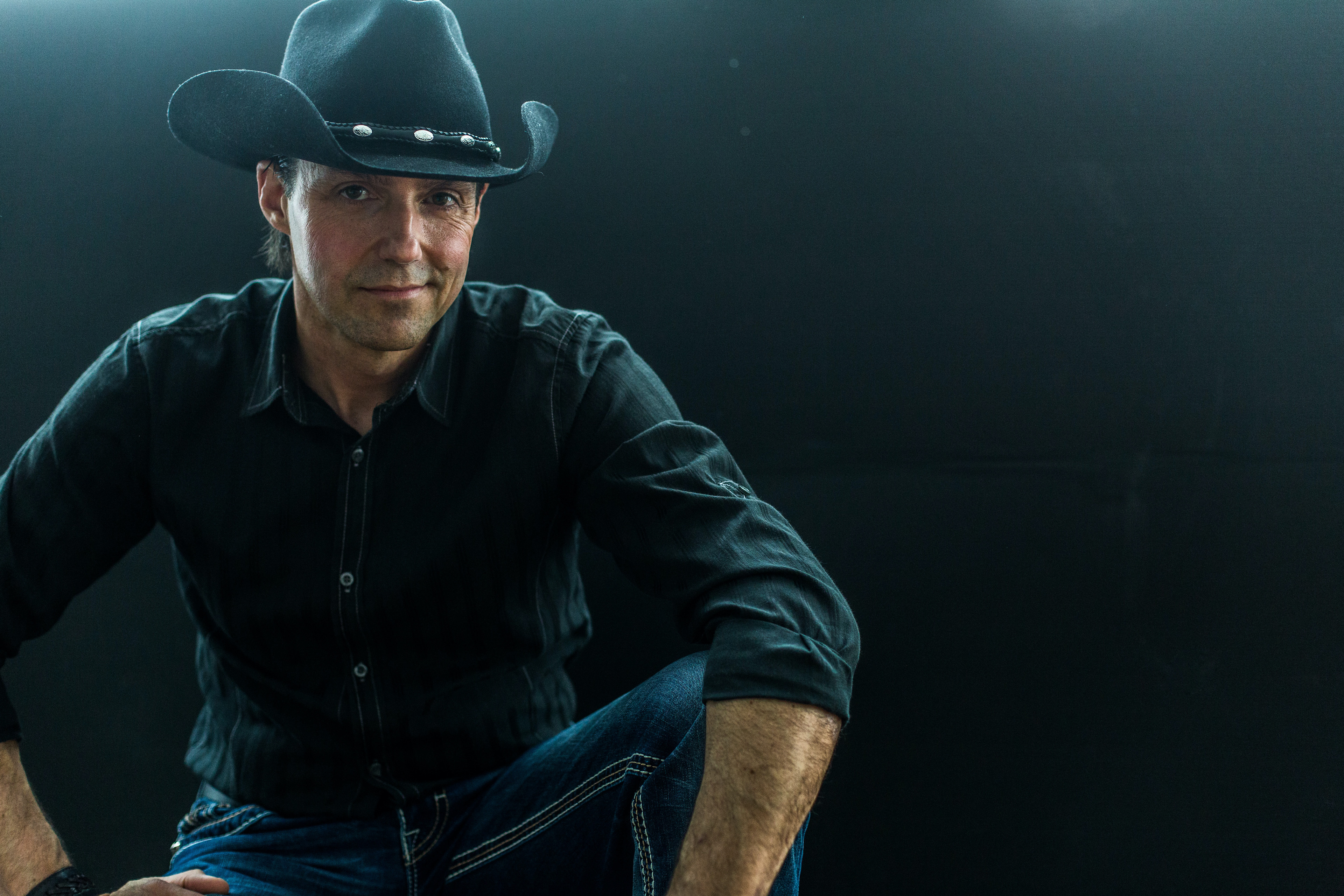 When It’s Right It’s Right also marks ten years since LeBlanc released his debut album, La Pitoune, which quickly established his reputation in his home province of New Brunswick and throughout the Maritimes and Quebec by earning many industry accolades. As his profile continued to grow over the years with each subsequent release, LeBlanc gradually began testing the English market to the point where—to quote one of When It’s Right It’s Right’s standout tracks—he’s now gone “All In.”

“When I first started singing country music, I was covering people like George Jones, George Strait, and Alan Jackson,” LeBlanc explains. “But being a proud Acadian, I wanted to sing in French, and that led to the formation of my group Zarico, which made two francophone albums before I went solo. When I decided to pay tribute to some of my favourite classic country songs on Influences, it was a dream come true to record in Nashville with some of the city’s finest musicians. Then when I met Jason Barry in 2019, everything began falling into place to make my first all-original English album, and I’m really proud to now be able to show my versatility in both languages.”

Indeed, LeBlanc serves up more than a few soon-to-be standards on When It’s Right It’s Right, starting with the title track, one of a half-dozen on the album contributed by Don Mescall whose songs have been recorded by everyone from Rascal Flatts and Lonestar to the Backstreet Boys and Geri Halliwell. However, the pair really clicked on the album’s first single, “The Bigger The Better,” which Mescall originally wrote with Don Schlitz, whose first hit just happened to be Kenny Rogers’s “The Gambler.”

A classic drinking song, “The Bigger The Better” is the perfect showcase for LeBlanc’s rich vocals and undeniable charm. “To be able to record a song that amazing songwriter Don Schlitz wrote is a gift,” LeBlanc says. “On top of that, Don Mescall wanted to be part of the video, so we were able to shoot it in Montreal earlier this year when he was able to come to Canada. We had a great time, and the video really captured that.”

Although there was no shortage of demos by other writers from which to choose for When It’s Right It’s Right, LeBlanc was inspired to keep pushing his own desire to write in English. This effort produced the aforementioned “All In,” created in collaboration with his wife and manager, Jeannette. “I’ve written numerous French songs, and most of them are based on fun ideas that I hope make people smile,” he says. “So I wanted to try to do that in English. ‘All In’ is about a guy and a girl going head to head in a poker game. The guy is actually playing to win her heart. He thinks they’re on the same page until he realizes she was bluffing. He ends up losing the girl and the poker pot!”

LeBlanc doesn’t have to worry about such a scenario when it comes to Jeannette, whom he says was his number one inspiration for When It’s Right It’s Right. “She wanted me to record an English album for a while,” he says. “I needed to step out of my comfort zone, and it turned out to be a truly gratifying experience. I’ll always love singing in French and cherish the support I get from my francophone audience, but hearing one of my songs on the radio alongside the Canadian and American country artists I admire gives me so much joy.”

That joy is sure to be shared by listeners hearing Laurie LeBlanc for the first time on When It’s Right It’s Right. Although the country music field will always be competitive, artists like LeBlanc know that the only way to succeed is by having great songs, no matter what language they’re in.

“I wanted this album to have a diverse sound, but it’s also important to me to make people happy through my music,” he says. “If I can connect with a song, then hopefully other people will too. In the end, I like to inspire people with the songs I sing. So it made total sense to call the album When It’s Right It’s Right because that’s basically how I felt throughout the whole process. I’m a firm believer that everything happens for a reason.”