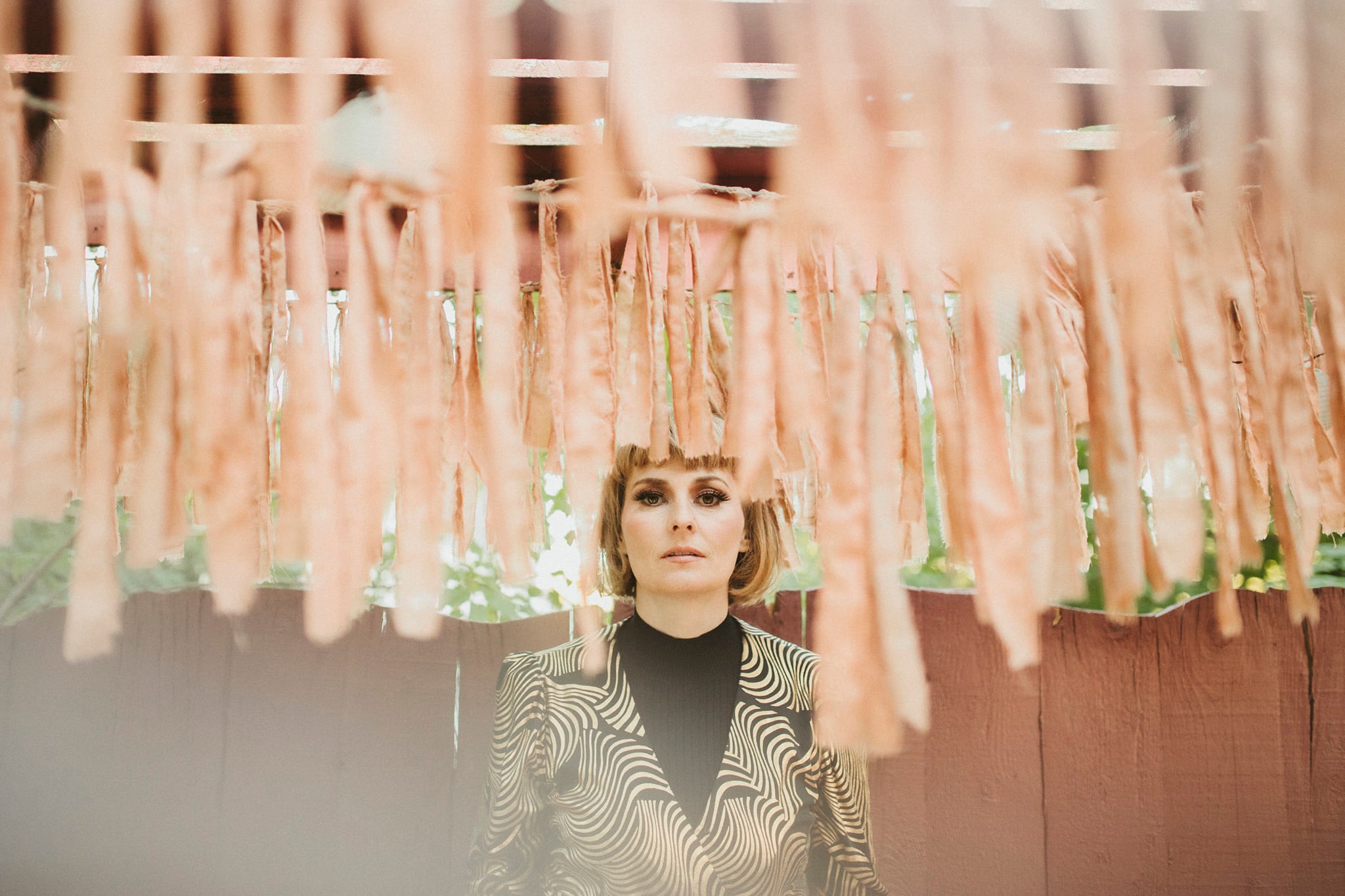 Photo of Jenn by Deedee Morris

Jenn Grant was born on Prince Edward Island, the smallest province of Canada's Maritimes. She's an award-winning songwriter and performer, a painter, and a producer.

The 3-time Juno nominee's music has been described by Australia's 'The Age' as that of 'dreamy, harp-and woodwinds folk, and the work of a painter born in paradise.'

She resides in Nova Scotia, where she is raising her two young sons alongside award-winning producer, husband, and long-time touring partner and collaborator, Daniel Ledwell. Beyond the borders of city life, art and music are being born every day.

Jenn Grant has spent a decade-plus releasing records and touring extensively across Canada, Europe, Australia, and The United States.

During this historical global moment in time, Grant has been honing her skills as a producer and videographer while releasing a slew of 'Classic Canadian Covers,' building a body of abstract paintings, and in the midst of releasing her own variety show 'Jenny Town' which is premiering now, most Thursday nights, on YouTube. 'A pocket-sized hit of joy' and 'retro-fabulous fun' says Halifax's art and culture paper 'The Coast'- delivering comical segments of 'How to' (or 'how not to') bake, 'take a vacation,' and other imaginative moments with her sometimes co-star 'bird'; an adorable mini labradoodle with a diva complex- the show features performances and cyber visits from a cross-section of talented folks and celebrity guests from Jenn's long-standing touring career. Jenny Town promises to deliver a cast of diverse and talented artists and friends from across the globe.

Grant continues to deliver comic relief and joy through this new platform while keeping her music fans in the palm of her hands with fresh and emotional sonic recordings delivered on the regular. Of this bouquet of offerings, Grant says, "Anything to ease the collective angst of people, and to bring us together in a time when needed most.' Stay tuned for more upcoming surprises and gifts of love from this real-mama - creative doer of today.