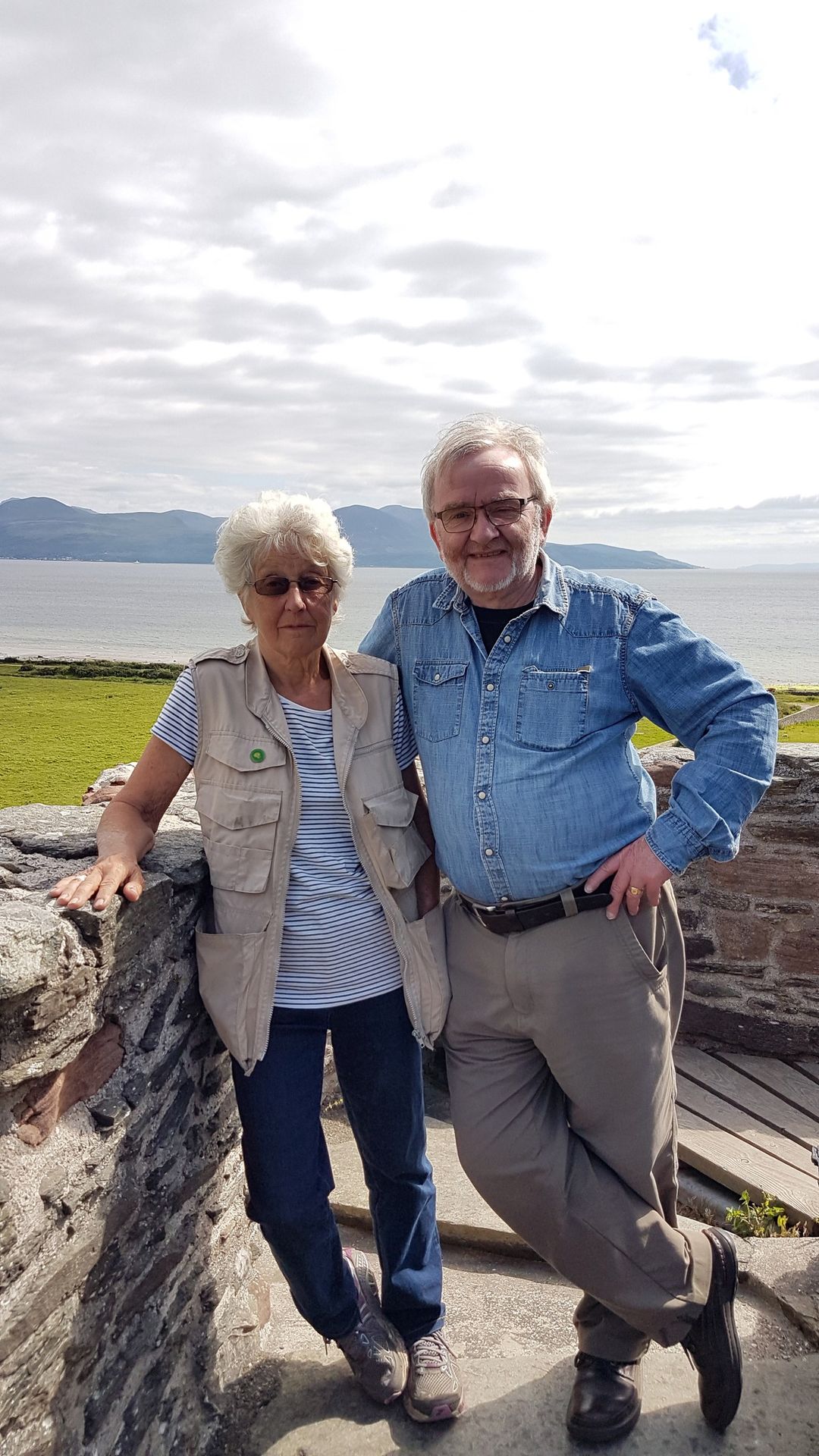 The Jane LeBlanc Legacy Fund thanks Glen Ross’ long-time friends Dave and Rose Harvie for their generous contribution to the Jane LeBlanc Photography Award in honour of Glen Ross.

Glen was an amazing photographer.

About Dave and Rose:

In about 1963, Dave Harvie left school in Dumbarton on the west coast of Scotland, just north of Glasgow, and ran away to London. Well, not quite; during the school holidays, he worked with a small documentary company in Glasgow, happy to be handling 35 mm right from the start! Having considered a film school in Paris but rejected it for some silly reason [probably cost], he got a place to study Photography at the Regent Street Polytechnic in London [now the University of Westminster]. Dave graduated from there three years later, having focussed latterly on Cinematography. Quick as a flash, he succeeded in obtaining a hard-to-get place on the BBC’s Film Editing training course – now long gone, alas. There followed two years with the BBC in London, mainly based at Ealing Studios, which the BBC had bought, experiencing the vast range of output on film, where there was a very busy traffic of film people coming and going from Australia, New Zealand, and Europe [the BBC operated the Biggest Film Unit in the world at that time] until a move to Glasgow as an assistant editor became available.

Soon enough, Dave was an Editor! His time there was busy and generally happy, concentrating as much as possible on drama and documentaries. Then the tyranny of computerized editing arrived . . . . and a long story of inadequate management . . . . at that time, there were two competing systems, Lightworks [designed by film editors!] and Avid [with all sorts of spurious bells and whistles; an Apple Mac system that could be made to do the job once the frills were turned off!]. Eventually, Avid bought Lightworks, and you can guess what happened . . . . Lightworks was gone, and computer geeks with no understanding of, or interest in, the concepts of editing began to be employed.

In April 1995, funding was acquired thanks to some lovely monkey business by his enormously lamented friend Glen Ross and the brilliant Tony Merzetti. Dave spent an amazing three weeks around the NB Film Co-op, conducting workshops on various aspects of ‘the best job in film,’ chatting to all sorts of interesting people about their projects, showing some films on which he had worked, and a few others with a historic place in the landscape of film in Scotland. What a blast! Dave came away with enormous respect for what Tony, Cathie, and everyone associated with the Film Co-op have achieved and the atmosphere of effort and co-operation that underlies everything.

Dave eventually left the BBC and became a freelance editor, working wherever interesting work was in the UK. He was, however, ‘picky’ about what projects he did, having experienced too many phone calls from producers checking on his availability who somehow always ended by saying that ‘of course, we don’t have much money for your end of things.’ After ten years or so of running up and down the country, living out of a suitcase – but enjoying the work - Dave decided that he wanted to get some writing done before his remaining brain cell withered. He had always written non-fiction articles for magazines and journals primarily and has had a good few books published, with another nearing completion – luckily, Dave enjoys both the ‘detective work’ of research and the writing itself. Dave still keeps in touch with editing colleagues, and although he is no longer actively doing ‘the best job in film,’ he is still certain that his time was the best.

Dave’s wife Rose was born in Thurso, in the far north of Scotland, but brought up in the far south of England, on the Isle of Wight. After leaving school and working in a bank, she sensibly quit her job and went to Venice to be a live-in nanny and was lucky enough to move with her charges to other locations in Europe. About the time Dave arrived in London, so did she, to train as a nurse in North London. Whether their paths crossed then, they’ll never know. When they did meet, she decided to come to Scotland to do midwifery training – and that was it; they were married in 1969. She remained a midwife until retirement, brought up their two sons, and committed a lot of time to community activities – always for the good of others. She has been secretary and planning officer of her local community council for many years and, now in her eighties, is at long last beginning to lighten her load, although her garden, greenhouse, and nearby allotment will always get attention. For most of her adult life, she has given time in many ways for the benefit of others. When Dave was working, He’d get home from work and never make much of what he’d been doing as an editor – because as a midwife, his wife’s work was significantly so much more important than whatever frivolity he was up to – a fact always worth remembering!