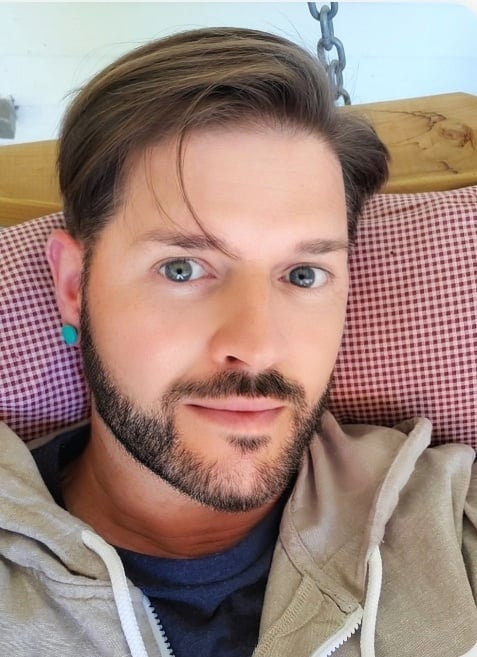 A prolific and important contemporary artist in Canada, Christian is preoccupied with texture, design, bold colours and the study of tangible space. His paintings can be highly subjective. His mentors included Dr. Elizabeth Bradford Holbrook, CM and anthropologist Dr. Andrew Nelson. He is largely self-taught and studied at the University of Guelph. His development is characterized by constant self-renewal and by an awareness of his own mortality which is often reflected in his portraiture.

His ceramic work is largely figurative expressing the human body and condition; chiefly sexuality and sensuality and often with the message of self-exploration and non-binary subjects.

His portrait Elizabeth Holding Her Ribbon (1995) received international popularity after it was acquired by HM Queen Elizabeth the Queen Mother. In 1997 Corbet founded and was elected the first president of the Canadian Portrait Academy (CPA); the first institution of its kind in Canadian history. In 2003 he was the first person to create a forensic facial reconstruction based on CT and laser scans. In the same year he received the title of Forensic Artist for the University of Western Ontario. In his forensic work he has also helped to identify a WWI Irish born Canadian soldier. He was granted the honourific title of Sculptor in Residence to the Royal Canadian Navy in 2013 and Regimental Sculptor to The Royal Canadian Regiment in 2014, both of which were firsts for the respective institutions. He was the first North American artist to sculpt a portrait of a British Royal Consort from life in Buckingham Palace that being HRH The Prince Philip. He was awarded the Queen Elizabeth Diamond Jubilee Medal and a grant of armourial bearings in 2012. His art works have been collected by over 100 art galleries, museums, and institutions worldwide many of which he was the first Canadian to be inducted into the collection.

He is considered an authority by the National Gallery of Canada. Christian Cardell Corbet’s career is cited in Canadian Who’s Who among numerous other publications worldwide.