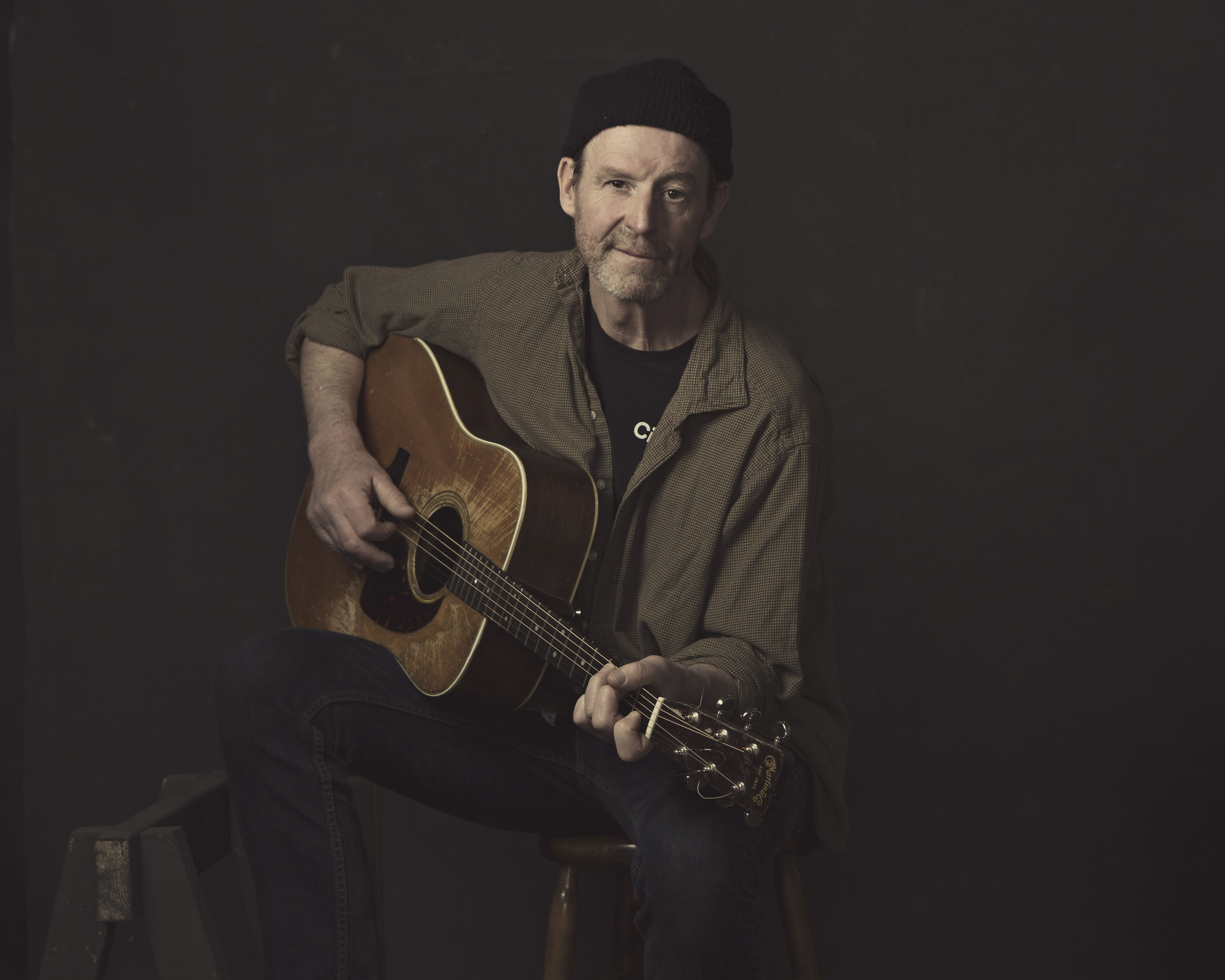 Brent Mason rolled back into Saint John NB in the spring of ‘92, after several years roaming North America in his best imitation of Jack Kerouac, riding his thumb and working carnival midways in Canada and the US. With a fistful of songs born out of an ‘On The Road’ ethos and a burning desire, Brent recorded his first ‘singer/songwriter’ album. A true early indie effort, Head for the High Ground set a long and vital career in motion. Brent performs innovative, original music with insightful, powerful lyrical content.

In Spring 2020, Brent released his 11th album, ‘Fireflies,’ continuing a commitment to honest, provocative, and often beautiful songs that have earned him international respect. He’s been called “the David Adams Richards of New Brunswick songwriters” by Brent Staeben, Artistic Director of The Harvest Jazz and Blue Festival.

Brent has been nominated for and has won several East Coast Music Awards and Music New Brunswick awards, including Folk Artist of the Year, Album of the Year, and Songwriter of the Year. He is also the youngest recipient of the Stompin’ Tom Award for contributions to Atlantic Canadian music traditions.

In winter 2020, Brent went on his 3rd Home Routes tour in support of his record in British Columbia. It’s a testament to his significant songwriting and storytelling abilities that Brent has been chosen three times for this coveted, juried circuit. Brent has also toured across Canada, the UK, and Beijing.

Brent is regularly invited to local stages, including Harvest Jazz and Blues, Stanfest, and many other festivals and music events in the region.

His Wednesday nights are a legend in his hometown Saint John, hosting O’Leary’s Open Mic Night. 25+ years at this regular gig has earned him the moniker “Godfather of the Saint John Music Scene.”

Brent is also a published writer and filmmaker whose conceptual mini-series “Grave Concerns” was picked up by CBC and broadcast nationally. These artistic “crop rotation” techniques into other genres find Brent working on stories and wordcraft that inform his writing across the board.

After ten albums and thousands of performances, Brent is a unique performer, combining humour, spontaneity, and intriguing, compelling storytelling. Brent’s shows are entertaining and memorable; he takes audiences on a wild ride from tender sweetness and a deft touch with troubled characters, wry observations on politics, to spitting anger at the unjust forces that twist our world.